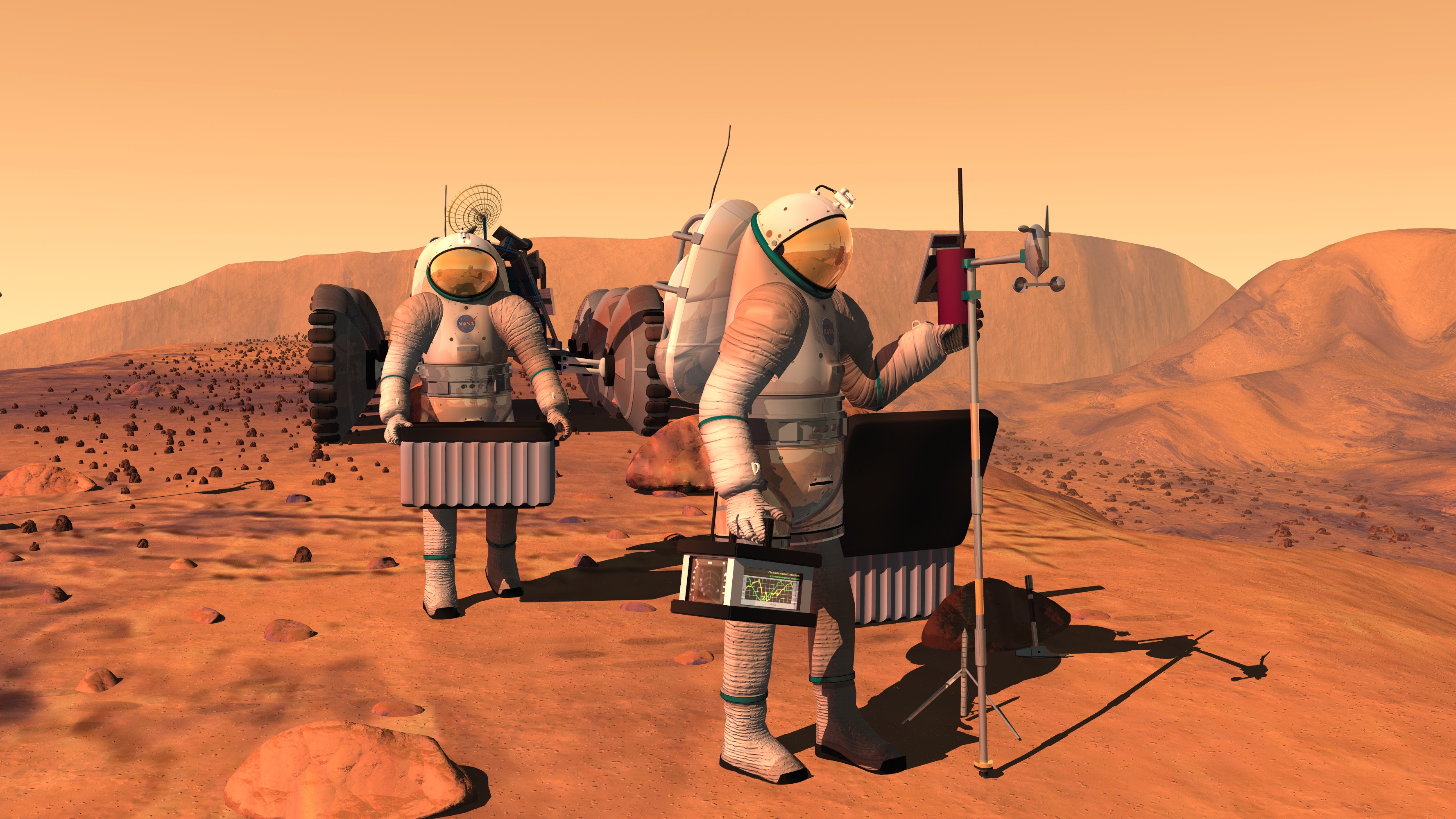 You can’t use Kickstarter to fund a migration to Mars, people. Just… stop it already.

Yes, we have to get up off this rock before we end up decimated by incoming asteroids, suffocated by our own hand, or both. I’m down with that. We simply can’t leave all known life in the observable universe in one spot, hoping a cataclysm doesn’t take us all out. It’s too late for the dinos. We still have a chance.

But Mars in our lifetime just isn’t going to happen. It’s absurd to think we’ll even have a running go at it this century. There is too much terraforming to learn and do (and hopefully get right) and interim underground cities to build. We’ve never gotten a terrarium for people to work for any amount of time here on Earth. We have to have that down to a science by the time we plant people on Mars and expect them to live.

They’ll need regular supply ships from Earth whose deliveries aren’t up to a sole corporation (who could go bankrupt or just flat get it wrong), or one country (whose budget gets yanked around as the political pendulum swings, and as their homeland gets into a spats with other nations).

Operating ISS is teaching us a little about how to cooperate on space projects, but still, we lose supplies or decide to shut down the entire program that we originally planned to service them with and don’t bother to come up with a replacement first.

We are not ready for Mars. Nope.

Mars will require a monumental expression of what I call the Big Devotion on the part of the entire human race. In the whole history of mankind, we have never seen the Big Devotion. It is a purely notional thing.

The Big Devotion is generally sidestepped by laying the fate of the human race and every other living being in the hands of some unseen entity in the sky, assumed to be in perfect control of everything, even though the world is tearing itself apart everywhere we look. There is more evidence that chaos reigns supreme than some omnipotent entity that chooses to let it all go to hell for some ineffable reason.

That gentle sidestep allows us to shirk the heavy weight of actually giving a damn about what happens to all life on Earth.

Even if we had the technology today, we couldn’t just hop in a rocket ship and head off to Mars and live happily ever after. We’d have to have to take a big chunk of our flora and fauna. We evolved with them in one big ecosystem, and we can’t live and thrive like fish in a bowl on Mars. The lifeforms of Earth eventually need to go elsewhere. To spread out into the universe and ensure that we don’t ALL die here on this rock that we’re rapidly destroying with every tool in our kit.

Making do with this paradise and learning to make it livable and sustainable for all of us is the best focus for our energies, IMHO. If we can do that, maybe we can teach ourselves to care enough to devote a significant and sustained, multi-generational, global effort to the problem of a real Mars migration.

Otherwise, it will end up the same way the moon did. We all got revved up about it in the sixties. We practically paved a highway to that big grey rock in the sky. Now it’s grown over with weeds. Been there, done that. Left a six dollar dime-store flag to prove it.

Much ado ’bout nothing.

EDIT: Three years later, here’s a much saner take on our expansion into the universe from Jeff Bezos. He unveils the Blue Moon lunar lander onstage as well as talking about O’Neill colonies and building space infrastructure now so the next generation can get us off planet. It’s an hour long and worth every second. Watch it now!