Or, Why Hulu is Keeping Me Up at Night 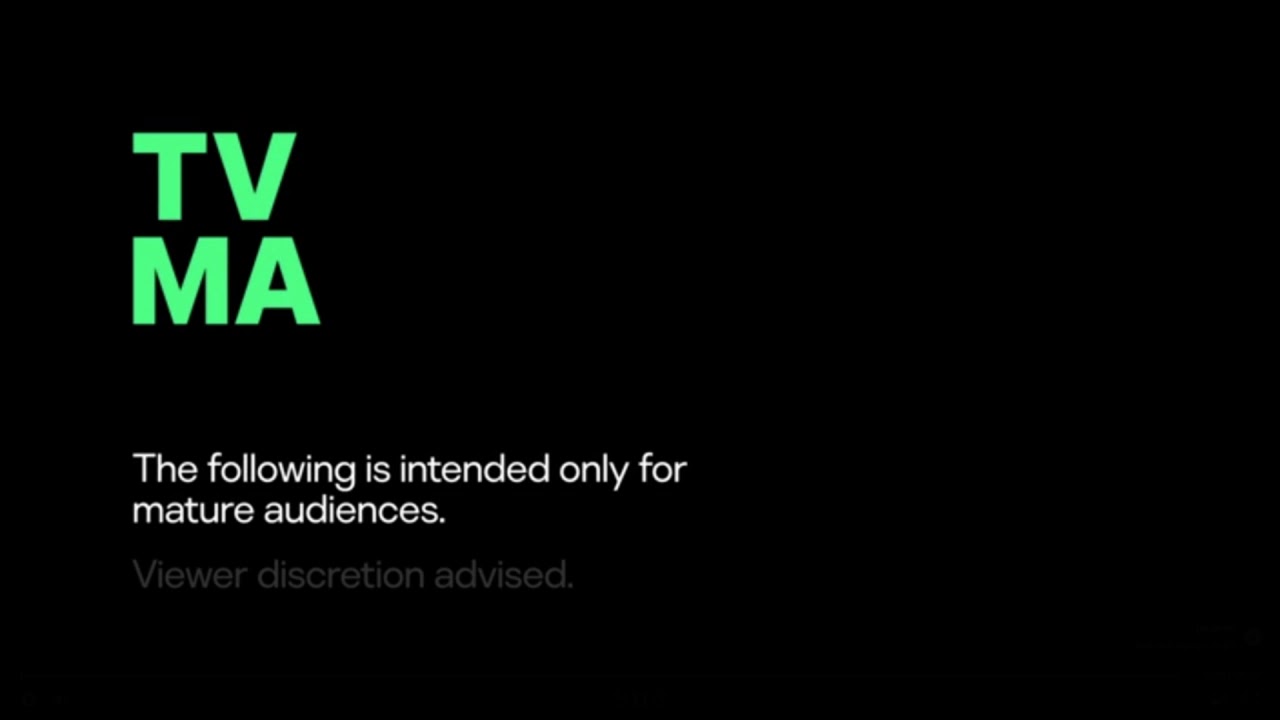 Ignore the above warning. The following is fine for anyone, really.

I love Hulu, but their “mature audiences” advisory bothers me to no end. Specifically, the position of the word “only.” Every time the announcer reads these words, I mute the audio and look away.

Don’t get me wrong; odds are I’ll commit a passel of crayon-worthy constructions before reaching the end of this article. It’s just that this demon phrase has gotten under my skin with repeated exposure, and I must exorcise it. Perhaps in the comments, someone can set me straight as to why I should learn to accept this irksome advisory’s structure. I welcome such salving balm. In the meantime, I just want to get to the bottom of this.

“The Following Is Intended Only For Mature Audiences”

My issue isn’t with Hulu’s use of the passive voice. The entity who performed the action is irrelevant; it is the action itself, the intending, that is the focus of the message. Rather, my objection is that the function of “only” is confusing where it is positioned within the sentence.

“Only” is a hella flexible word. It can be employed as an adjective, an adverb, and a conjunction. The question is: How is it being used here?

We can rule out its use as a conjunction. That would look something like: “You can watch this, only you have to be mature.”

That leaves adjective and adverb. Now, I’m not a grammar snob, but I will diagram a sentence if I have to. There are two ways this can go down… 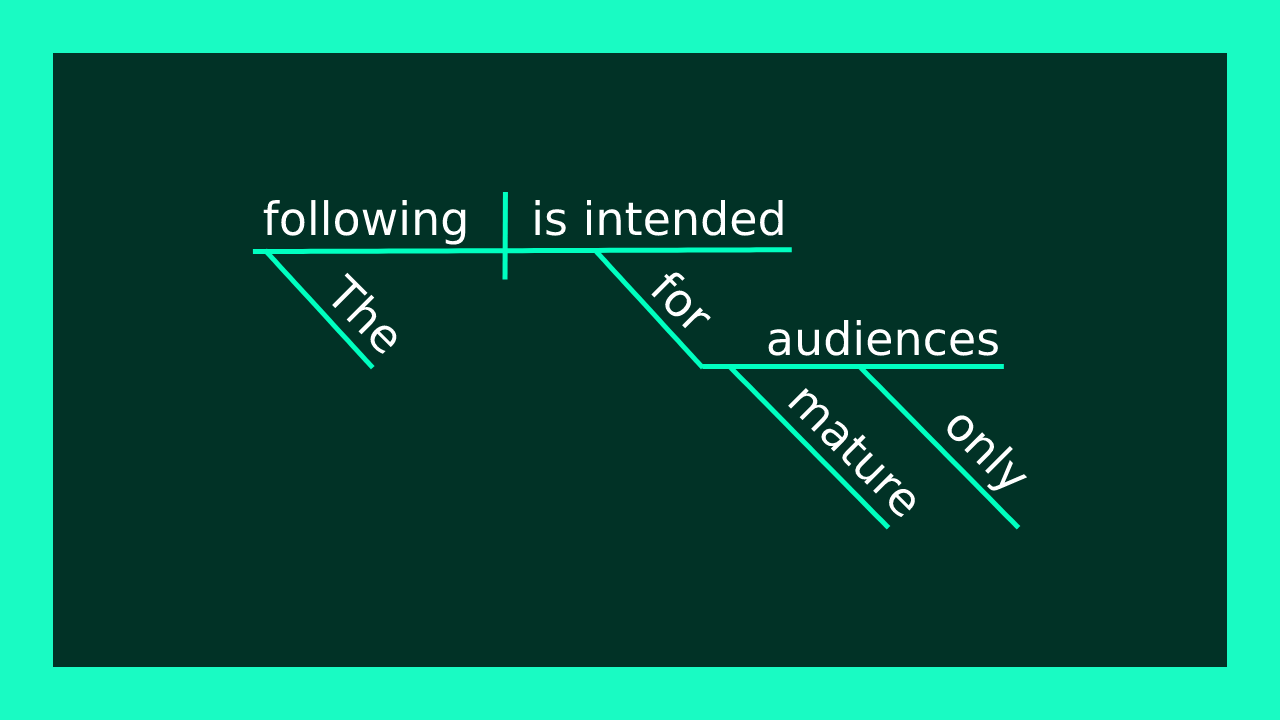 Sentence diagram where only is an adjective modifying audiences.

This seems reasonable. However, Merriam-Webster’s definition for “only” as an adjective indicates that it is always used before a noun. There are several ways it can be used as an adjective, but only one that makes sense. 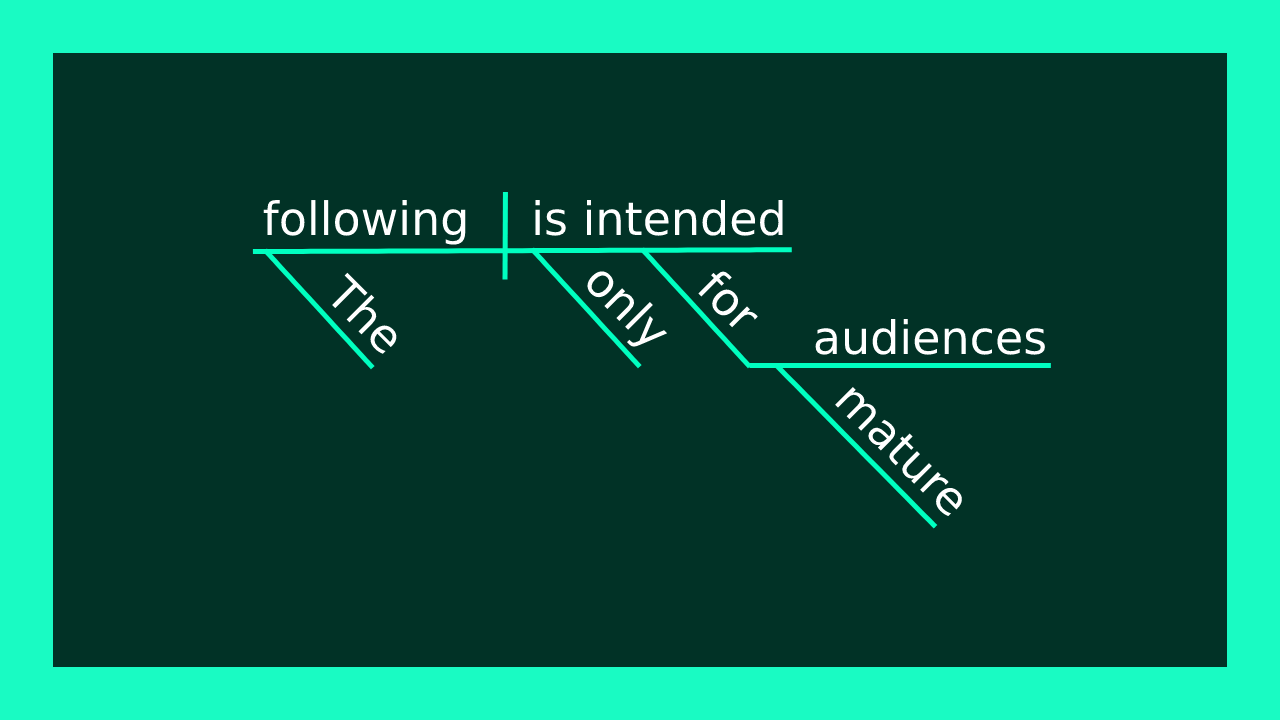 Sentence diagram where only is an adverb modifying is intended.

In this case, the author could have several intentions (pun only slightly intended… woops, fell down a deeply “meta” hole with this sentence).

Though there are many ways “only” can be used as an adverb, I’m going to stick to the most likely ones. I’ll quote Merriam-Webster’s expansive definition for these cases.

The alternate wording of the last example — The drug is available by prescription only. — and the first example of adverb style number two — The club is for women only. — are the most pleasing forms to my taste, and seem likely to be the author’s intention if the function of “only” is as an adverb.

The reason I like this latter form is that the basic meaning of the sentence is left uninterrupted by the modifier.

Only As Superfluous Modifier, Removed 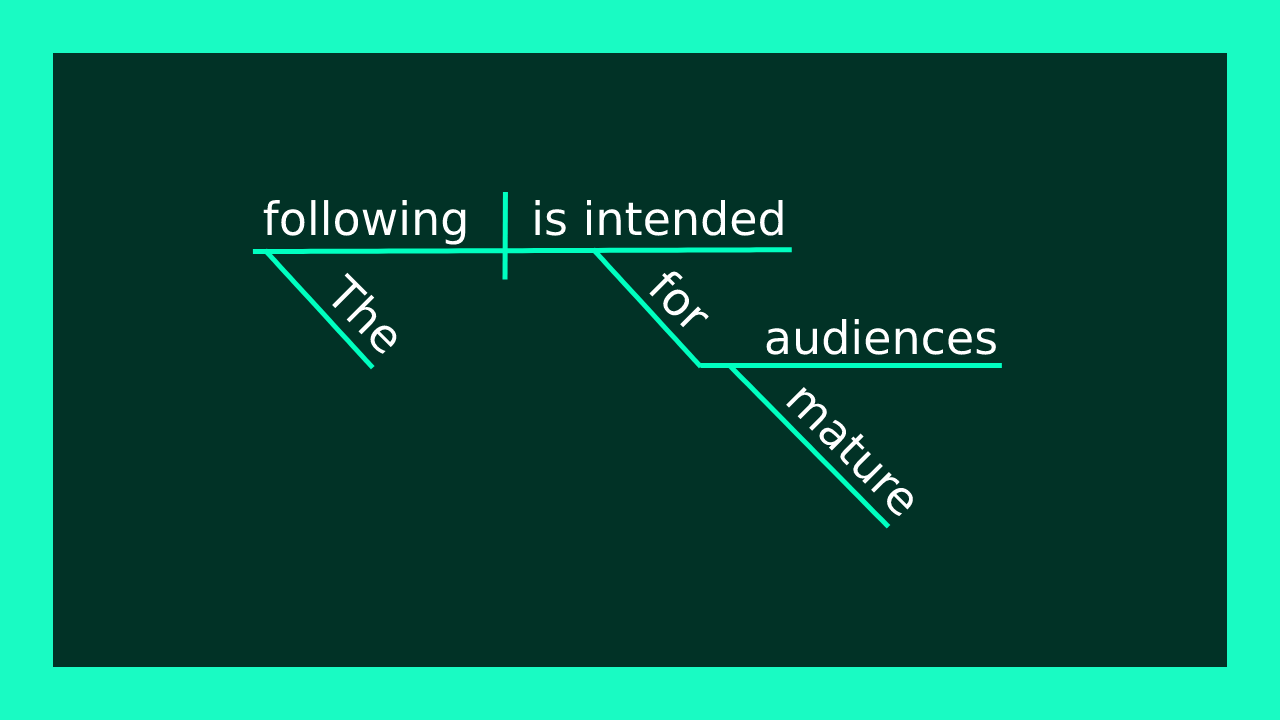 Sentence diagram where only has been removed.

“The following is intended for mature audiences.”

There is no way to construe that the following was also intended for immature audiences. If one feels that “only” must be employed to state the case emphatically, then putting it at the end of the sentence would be much preferred. That way the meaning of the sentence can be easily resolved, with the modifier tacked on for emphasis.

You know how I feel about this sentence. Now as an experiment, let’s see what Grammarly, a popular grammar checking platform, has to say about it. I found the results interesting.

Grammarly’s take on “The following is intended for mature audiences.”

To start, we’ll eliminate “only” altogether. Kudos to Grammarly for detecting the use of passive voice. Of course, we are free to ignore the warning, given the context of the sentence.

Grammarly’s take on “The following is intended for mature audiences only.”

Here we’ve tacked “only” onto the end of the sentence. This is my favored structure, if we must abide the use of passive voice. 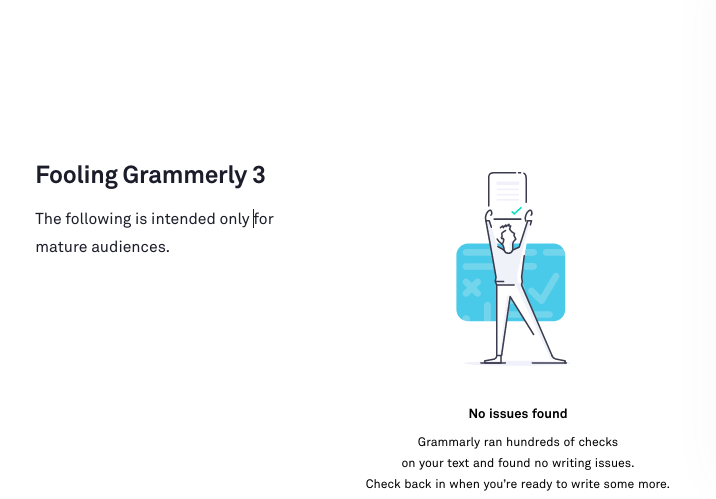 Grammarly’s take on “The following is intended only for mature audiences.”

By adding the modifier “only” to the sentence, Grammarly no longer sees it as using the passive voice. Clearly “the following” is still having “intending” done to it. There is no way that an adverb changes that.

My guess is that someone at Hulu pushed this advisory through Grammarly, saw the erroneous stamp of approval and ran with it. That’s assuming they even cared. 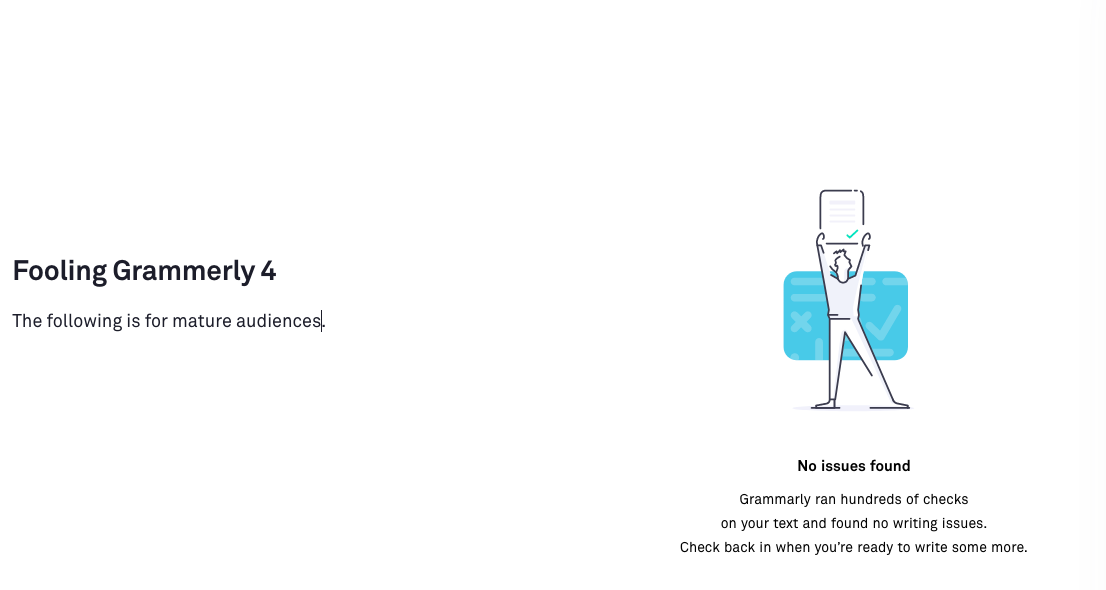 Grammarly’s take on “The following is for mature audiences.”

Let’s again ditch “only,” but this time take the present perfect “is intended” out of the mix, replacing it with “is.” This whittles away even the passive voice.

The thing to note here is that previously, “is intended” was a verb being done to “the following.” That’s why Grammarly detected passive voice usage. Now, “is” is a state of being verb indicating that “the following” exists for “mature audiences.”

This is the sentence in its simplest form. Grammarly likes it. So do I.

Grammarly’s take on “The following is for mature audiences only.”

Finally, with passive voice removed and the essence of this advisory’s meaning distilled, if emphasis is absolutely required, adding “only” to the end works just fine. It’s still an adverb modifying “is” but because the subject of the verb has changed, we now have a clear message, emphatically stated and grammatically correct.

My thesis is that if it isn’t clear how a word is being used, you’re using it wrong. The intention of language is to express ideas with specificity and clarity. No sentence or phrase is too small to bear scrutiny, particularly when it will be foisted upon millions of people on a regular basis.

So Hulu, if you’re listening, I implore you. Make your advisory as great as the rest of your content. Change it to: “The following is for mature audiences only.”