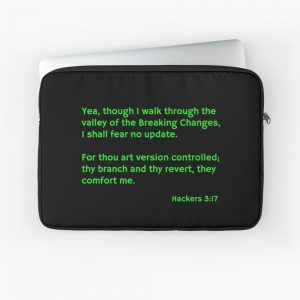 Ethereum blockchain is a fast-moving technology, and if you want to play the game, breaking changes are just part and parcel. You want your code to be up to date because the downside to buggy smart contracts is not a blue screen of death. It’s actual monetary loss when hackers find a way to drain all your Ether due to an obscure vulnerability.

After wrestling all day with a collusion of npm module updates that completely broke all my unit tests I was at my wits’ end. But it’s all under version control, I was able to revert. No sweat.

That night, this “Hacker’s Psalm” came to me in a dream. After weeks of not having time to spend on it, I still woke up several times a week thinking about how to lay it out. 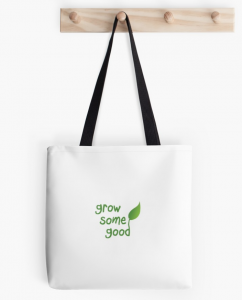 My wife likes to dig in the dirt.

In the wintertime, our house is filled with a plethora of plants that we’ve had to bring inside so they can survive until spring. She champs at the bit waiting for the final freeze so she can get out in the yard and dig something up and move it elsewhere. To make room for something new, of course. The local co-op and greenhouses love to see her coming.

We have raised beds beside the house where she grows tomatoes, parsley, kale, and all sorts of great veggies.

She is at her absolute happiest when her spade is in the ground and she’s planting all the new flowers and bushes we’ll watch grow over the coming year. This is her design, naturally. 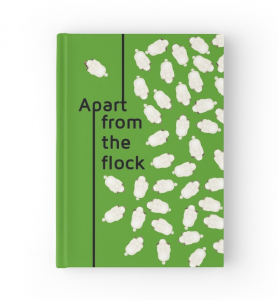 “Apart from the flock” Journal

When we lived in New York, we had a great friend from Jamaica named Peter. His friends called him “Peter the Great” which was his MC name when he and his band played at the dancehalls in Kingston.

Anyway, he was always regaling us with tales of island life. One day, he offhandedly referred to this old Rastafarian he knew as “apart from the flock.“

For some reason, probably that I’m an introverted and weird hermit, that pleasing turn of phrase inspired me.

I created an electronica track named that. And I made this graphic design. You can get it on journals, mugs, tees, stickers, and all manner of stuff over at Redbubble. 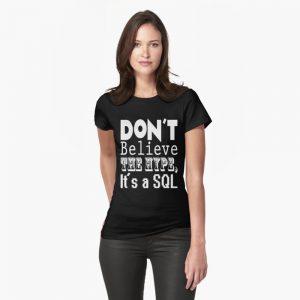 Maybe you read my article “Don’t Believe the Hype, It’s a SQL – A Brief Guide to the NoSQL Landscape“.

I wrote it after I delivered half of a talk called “DATABASE FIGHT!!!: SQL VS NoSQL” at a local developer meetup.

As you can probably guess, I argued the NoSQL position.

I’d created a nice splash graphic for the slide deck and polished the preso, but it felt like I could do more to represent.

Since Redbubble makes it so easy, and I had a few days lead time, I showed up in this dope tee.

If you’re in, you gotta be all in.