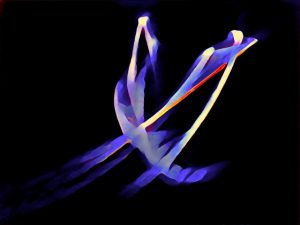 For one glorious moment in time, I was all that is.

The Charged Particles platform on Ethereum combines DeFi (decentralized finance) with cryptoart. While a cryptoart NFT has speculative value, a charged particle adds intrinsic value (you can deposit ERC20 tokens), programmable interest (the ‘charge’), and configurable principle (you can time-lock the deposited tokens). 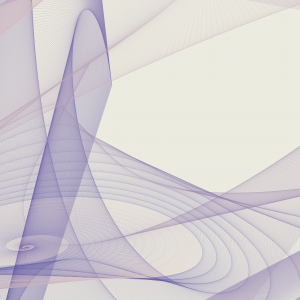 He focused again, and the room fanned apart.

A fractal multitude of armoires spun off to either side. On the left, he noticed a span filled with copies of his own dresser, but had no idea which timeline was “home.”

He supposed it didn’t matter much as long as he found one with his gun in the drawer and got back to this one.

Quote from my sci-fi novel Tangential. 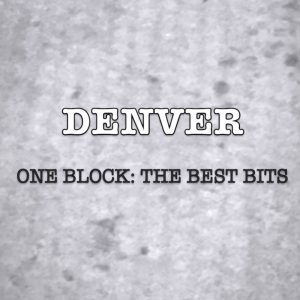 During a snowy week in February of 2020, I took a break from building the Avastars NFT platform to attend the ETHDenver conference.

Before heading out one gritty, cold night, I recorded sounds of people noodling on various instruments at a jam session in a weird basement nook. It was quite late and outside, the eerie ambience of a deserted street beckoned to be captured as well.

Later, somewhere between one of Denver’s ubiquitous dispensaries and my hotel, shadows and details of the sidewalk suddenly grabbed my attention and I shot a trove of photos. I believe beauty, as well as the devil, lies in the details.

Mark Kelly, aka Saucebook, creates intricate, still and animated works using a variety of traditional and AI/GAN-based tools. His piece Evolution caught my eye and I snapped it up because it, well… evolved. It told a story as it unfolded, which I hadn’t seen before in this sort of NFT. I then shamelessly leveraged my position as a collector of his work to rope him into a video chat to learn more about his process and tools.

Experimenting constantly, Mark has a massive untapped collection of pieces created as he learns these complex tools and improves his skill. I mentioned it would be nice for some of them to have a score, even though they’re usually less than a minute long. He agreed, and it just so happened that I had a huge trove of my own eight-bar shorties, with various tempos and arrangements in addition to full length songs in assorted styles. Mark shared his output folders with me and I went digging for treasure.

Big Bang was a work that Mark conceived as similar to the Evolution piece, only at a cosmic level. It unfolds in a stately manner, in turns becoming a bit bubbly, jiggly, and zappy. Fortunately, I had a track of the right length that seemed fitting. 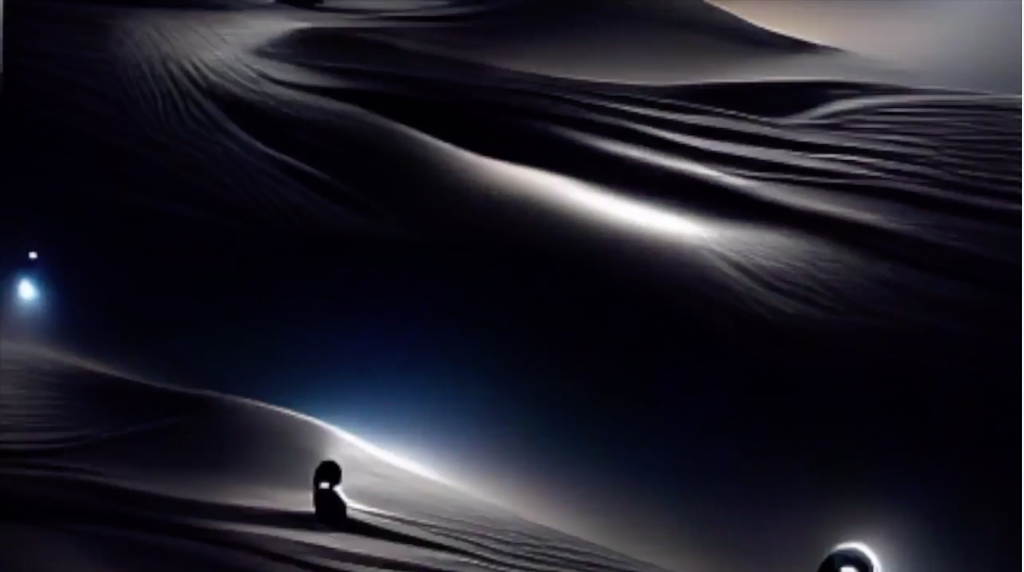 Voodoo Queen (originally called Fantasy Blowup by Mark). This visual immediately put me in mind of a song I did back in 2008 called Voodoo Queen. The opening contains a hissing, screaming, storming, freeform session I performed on a Sequential Circuits Pro One analog synth back in the early 90’s. The two paired perfectly. 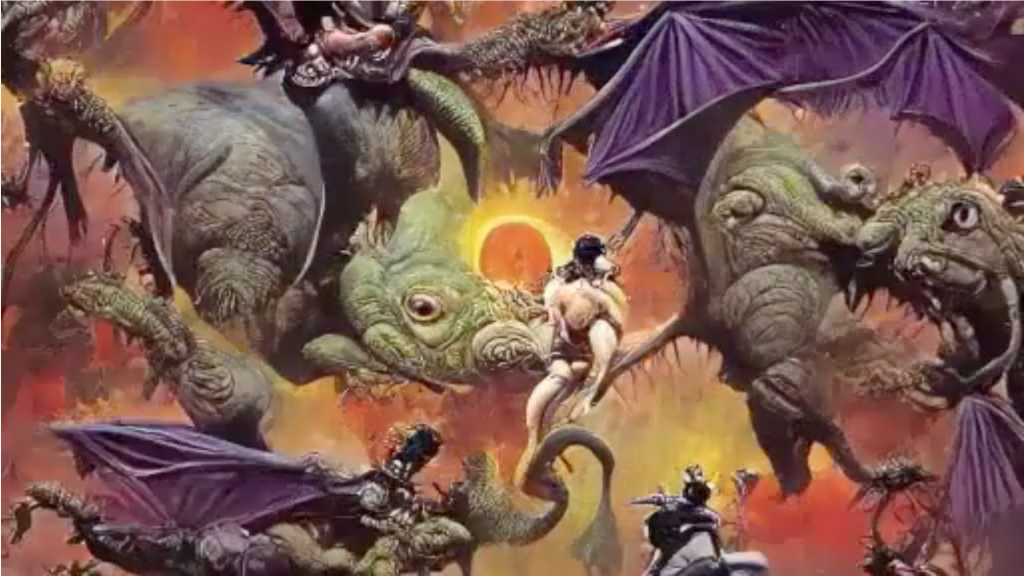 Uncanny Journey was a very strange odyssey through a world of emergent beings that pop into and out of existence all around you as you fly across a frothing ocean and into a dusty, windblown desert. Although several musical fragments I had laying about synced reasonably well with the visuals, eventually, we decided that it deserved frame by frame scoring. The sonic environment changes intentionally with the visuals, with a yearning yet foreboding theme arising. 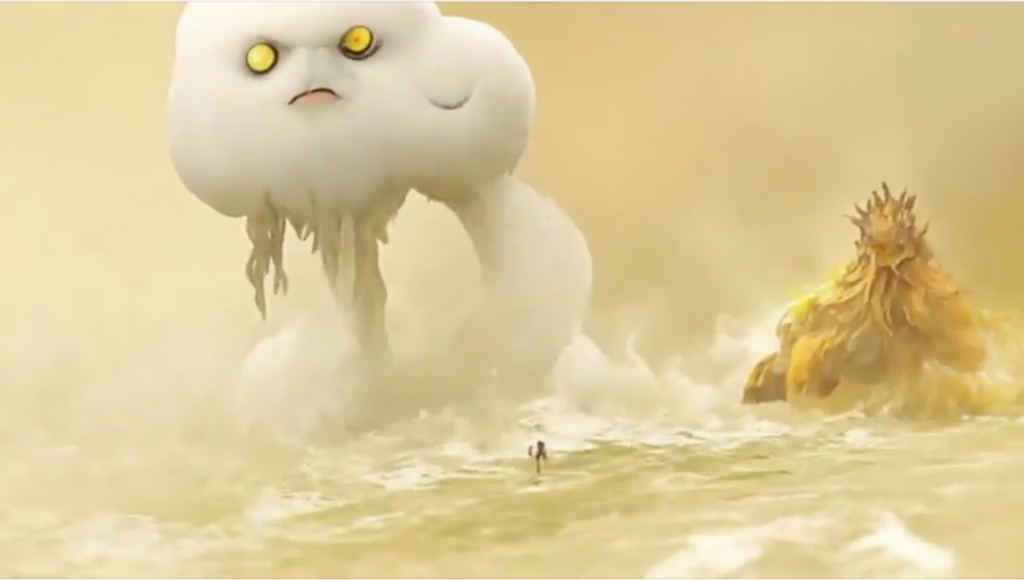