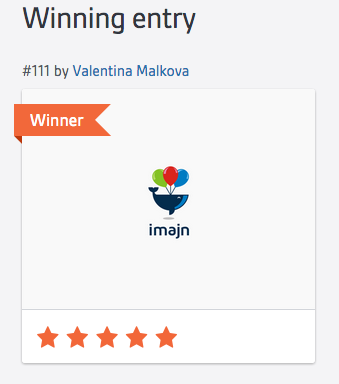 I never realized it, but I think secretly, I always wanted to utter the words “And the winner is…” to someone other than my cats at salmon-time. Sadly, I was never asked to run a pie-eating contest or to give away an Oscar. I think I would’ve been great at it.

Recently though, and quite unexpectedly, I found myself doing just that. It was every bit as heated and tense as I had imagined.

The runner-ups were in stiff competition, and there were so many entries to choose from. New entries were rolling in every hour, sometimes every ten minutes.

But Valentina Malkova‘s first entry was far and away the best, and so, with two days left on the four-day countdown clock, I ended the contest and awarded the prize. It was amazing. I should have worn a tux!

But wait, what contest? What prize?

Right. I got carried away, sorry. See, I’m starting a publishing imprint. Well, my company is. Of course, I own the company, so it’s kind of exciting to me, personally. Side note: everybody should have a company. Really.

This all came about because of my first novel, which is nearly ready for public consumption. These days, it’s pretty clear that self-publishing is only sensible route, if you’re prepared to handle all the details yourself. I could publish the book under my company name, Futurescale, but since that name has been mostly associated with software development in the past, it seemed a brand-muddling endeavor. So, taking a tip from the publishing world, I chose to create an imprint which is similar to a brand or trademark. But I digress…

Suffice it to say, I own the domains imajn.com, imajn.org, and imajn.net, and have been waiting for just the right time to use them. Suddenly, I need a sci-fi / fantasy book imprint. Perfect, right? But every brand needs a logo…

The traditional approach to getting a logo, of course, is to track down a good designer and task them with the job. They’ll listen to your input and then give you three or four ideas to work with. You pick the best one and they improve on it until you’re satisfied. That makes a certain amount of sense, but the problem is twofold: 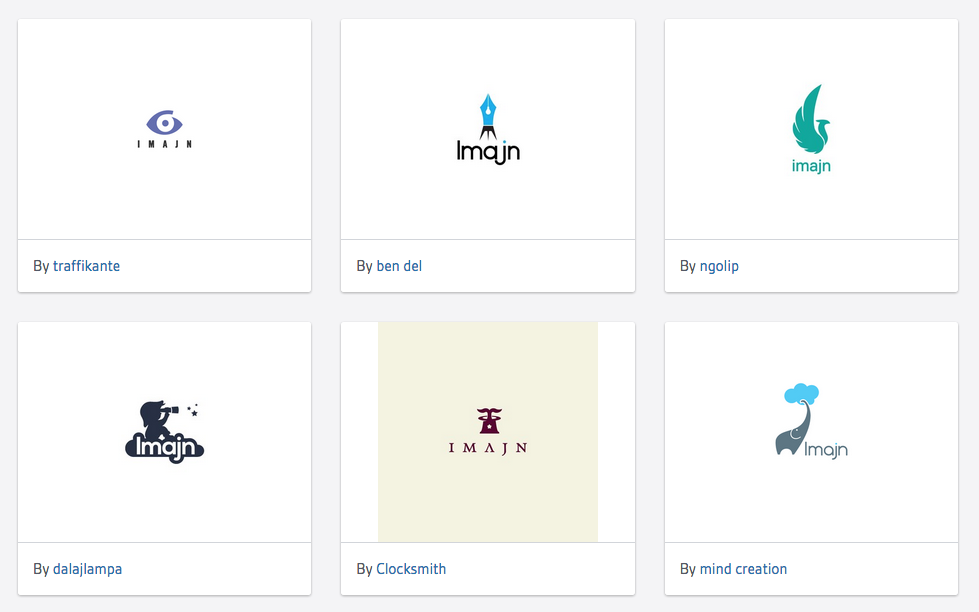 What if you ditched the contracting model altogether, and instead, held a contest? For designers.

You specify the what the entries should strive to represent, what the prize (e.g., what you’re willing to pay) is, and then watch the entries roll in. Around the clock. From over a million designers, worldwide. Holy crap, what a concept. Yeah, that’s exactly what I said.

So I created a contest, gave a brief explanation of what I needed and hit the go button. Before long I was reviewing submissions.

At first I gave in depth feedback to every submission, amazed that someone had come out of the woodwork to help me with my little project. But the volume and frequency of submissions rose, and I realized that simply rating the entries made more sense. The designers watched the ratings and adjusted their submissions in accordance with what they perceived as the sparkle-power behind the highly-rated ones. Of course that meant if one of those glamorous elites featured a whale, then shortly there would be a rash of whales in the submission queue.

This happened around the fiftieth entry or so, when what was eventually to be the winner appeared. Up until that point, most of the submissions had evoked or combined standard icons for imagination and/or writing, i.e., clouds, eyes, light bulbs, pens, etc. But this one seemed truly different. Imaginative, even. A whale being lifted by balloons. It was whimsical. The product of imagination, not an icon for it. I gave it five stars. Cue the whale icons, the designers now assuming that I had a thing for whales. And there were some really good ones. But that wasn’t why Valentina’s whale had gotten five stars.

The contest will run four days, and if you start with the “Bronze” package, the prize is $299. The site hits your credit card immediately, but if you don’t get any submissions you like, you don’t have to award the prize. You can get every penny back. Fantastic, right? But what about all these poor designers out there, slaving their butts off to make submissions for you and then nobody getting paid?

A good designer could make a living on this site. A so-so one could build great chops, making entry after entry, even if they don’t win a contest for months. They know the deal, and if they’re pros (or on the road to becoming), they don’t get emotional about it either. Instead, they get better. And with every eliminated submission they make, they expand their folders of submission fodder to be repurposed for future contests.

Browse the designers on the site. You’ll notice that the best ones choose to work on contests that award $399 or above. It’s a filter for them that says the contest holder doesn’t mind paying a little more for quality. And presumably will be more likely to recognize quality when they see it. This works to minimize the number of non-paying submissions they generate. By bumping up the prize by just $100 bucks, the number and quality of the submissions immediately improved.

Remember that bit about the money back guarantee if you don’t award a winner? Well, it turns out this is another filter the savvier designers use to maximize their time spent making paying submissions. A huge award means nothing if the contest holder decides not to award anyone the prize, takes the money and pays a nephew who’s “good with computers” a fraction of that amount to copy one of their favorite submissions from the contest. I have no doubt there are jerks who game the system this way. When you guarantee the contest, you no longer have the ability to get your money back. You’re stating that absolutely, the money will be paid out. If you don’t award an actual winner, the prize amount will be split evenly among the submitters.

When my winning submission came in around #50 (after only a day and a half), I guaranteed the contest. I knew that if nothing better came in, I’d be perfectly happy with this one. Guaranteeing the prize caused a big jump in the number of participating designers, and the sparkle-power went through the roof. I let it run for another fifty entries or so before pulling the plug. Even though the new designs were great, I knew in my heart I already had a winner. Sometimes, you just know. Like love at first sight. It happens. 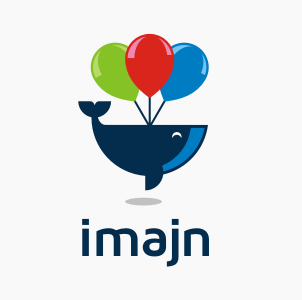 You don’t need a logo? How about a book cover? A website? Brand Identity? A teeshirt design? Hold a Contest. Crowdsource that be-atch. It’s fast and fun.

Need a person you don’t like removed from a photograph? They’ve got you covered. Pay $19 bucks, start a Task (as opposed to a Contest), and the site will match you with an appropriate designer – who happens to be online right at that moment – to do the retouching. It’ll be done in under an hour.

Once you’ve found a designer, you can engage them directly through the site. Start a project, invite them to work on it, negotiate a price, and pony up the cash. The money you pay is held in escrow by 99Designs until you sign off on the work.

Needless to say, I’ll be returning to 99Designs anytime I need design work done in the future. Highly recommended.