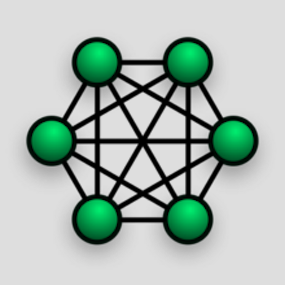 Multi-server Chat in Node Without a Database

A few years back, I was consulting for a client who had a Node-based instant messaging feature which had worked pretty well at first. But the number of users grew, and then it didn’t.

Even though they had a number of load-balanced server instances running, they found that the Redis database they were using to track connected users was a big bottleneck. No matter how many instances they ran, they all had to talk to that database.

Now arguably, Redis supports replication and just the previous year clustering support had been added, so that problem could’ve been worked. But the team lead wondered if there might be a way to eliminate the database altogether. How else could I respond?

I created a small proof of concept, which I asked for and received permission from the team lead to share on Github and blog about later. Well, it’s much later, and I thought I should take the time to tidy it up, and write a post about it on the off chance it will help someone out there.

So, what was the solution, you ask?

With this server, any number of instances can be launched on different IP/Port combinations and they will immediately establish and maintain connections to each other.

After a server instance connects to a peer, it sends a list of its users and the number of connections each user currently has open. Subsequently, when users connect and disconnect, the server instance updates all its peers about that user’s connection status.

Since every server instance always knows which users are connected to each of its peers, no database is required. And since only a user’s name and connection count is stored per connection, a 100k users with an average name length of nine characters and one connection would take up less than 1MB of memory. Clients are charged with accumulating their own message histories.

When a server instance receives a message for a recipient it doesn’t know, it will forward that message to any peers known to have a connection to that user.

Keeping the sender’s clients in sync

The sender’s message must also be sent to all their connections on all servers so that their message histories will be able to reflect the complete discussion.

Whenever a user connects to (or disconnects from) a server instance, all users connected to the mesh will be sent a sorted, unique list of currently connected users.

A JSON configuration file contains entries for all instances, so they can listen on the right port and connect to their peers. For simplicity’s sake, server instances are configured to be launched on different ports of your local machine, but instances can run on any port / IP address combination:

When a server instance is launched, it begins listening on its assigned port and then attempts connection to its peers. If a peer cannot be reached at launch time, instances will continue to retry until it becomes available. If a connected peer disconnects at runtime, other instances will attempt to reconnect until it appears again.

When a server instance receives an update from a peer at connection time, it is a list of all users connected to that peer. It then updates all its connected clients with the new aggregate user list.

When a server instance receives an update from a peer about an individual user’s connection status, it amends its internal list of users. It then updates all its connected clients with the new aggregate user list.

When a client connects to an instance, it sends the user’s name, and the server hangs onto the connection, associating it with that user. Remember that a user can connect multiple times, so a collection of connections is kept for each user. Also, when a user connects, the server instance updates all its peers with the connection status of that user and then updates all its connected clients with the new aggregate user list.

When a client sends a message to a user who is not on the same server instance they are connected to, the message is forwarded any peers known to have a connection to that user.

The rudimentary client has a dropdown with two predefined users (Anna and Billy), another dropdown with four possible ports to connect to, and a ‘Connect’ button.

The following features are out of scope for this simple client, but have been added to a more sophisticated React-based client. Choose a user and port then click ‘Connect’. The recipient of your messages will be the user you didn’t choose. Launch another browser and log in as the other user, choosing either the same or a different port. Send messages back and forth.

User with multiple connections receives IM in all clients

User with multiple connections sends IM, is notified in all clients so message histories can stay in sync The code for the server is under 300 lines, and the simple client is under 200, so it’s not hard to follow. The key is understanding the strategy described above. Library dependencies are limited to Socket.io (which is beautiful since it provides XHR long-polling as a fallback if web-sockets aren’t supported in the client browser), and Express (for serving the simple client).

Have a look at the project on Github and feel free to give me your feedback below. All the info about setting up the project to run locally is in the README.