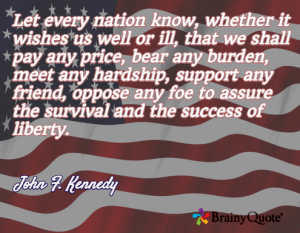 Without a doubt, narrative voice is the most important thing to really nail about your fictional characters.

In a previous article on establishing and maintaining your character’s point of view, I touched on narrative voice and how it is affected by the author’s choice of POV.

While POV (and your way of expressing it), can enhance or detract from the reader’s feeling of intimacy with a character, it is her narrative voice that sells us on spending time with her. It’s not just about the things she says or the way she says them. Those are only the outward indicators of a self-consistent character with her own ideals and worldview. The magic of narrative voice, is that it reflects facets of these intangible internals of the character, building in the reader’s mind, one scene at a time, a picture of the puzzle that is the character.

Just like a real person, the more the reader knows about your character, the better their predictions will be about that character’s behavior in any given situation. When those predictions pay off, the reader feels more involved in the unfolding story. But when they don’t pay off, it either reveals inconsistency in the character’s worldview (sometimes intentional, but usually a sign of poor character development), or (hopefully) it is because another facet of the character’s makeup has been revealed. In the latter case, the reader will enjoy the fact that their prediction was wrong and nod sagely at the newfound depth the character has taken on.

Until you nail the worldview and narrative voice for each character, the story won’t be right, even if everything else is. Characters will either seem flat and indistinguishable from each other, or they’ll be inconsistently drawn.

So how do you figure out all that for a character?

Before writing, there are plenty of things you can do to build up your sense of a character. Here are just a few:

At some point the planning has to come to an end. You have to start slinging those words, even if you don’t feel you “know” your characters well enough yet. Here are a couple of approaches to finding their voices as you write. Both can get you to that same blissful, happy place where all your characters feel real and their actions seem believable:

1) Be wild in the first draft. Let your characters say, think, and act however they please, like teenagers trying on different personas as they “find themselves.”

Of course this will sound stilted, because the characters aren’t consistent and are full of pretense. They’re all posers. But on subsequent drafts, you’ll know them better, so you can reign in the wild tangents toward some “just the facts ma’am” centrist position, stopping at the character’s developing borders.

2) Write the first draft with the centrist position voice for all characters and get the timeline, action, and scene structure up and running.

At this point, all the characters sound like identical robots, and that’s ok, because on subsequent revisions, you can tweak the personalities into place. Justify motivations, thoughts, and actions that drive plot with believable personality attributes and dynamics.

As a writer, you must accept the fact that there will be multiple revisions. It will never be anywhere close to right on the first draft. Except while doing the first draft, of course, when it all seems positively brilliant.

But what does a “revision pass” include?

There are a million things to be changed at any point in your story’s development, and if you aren’t careful you’ll end up just looping through it again and again, looking for things to change. You need a specific plan for each pass.

I suggest devoting an early pass for character consistency. This is a non-linear pass, where for each character, you only visit the scenes from that character’s POV, or that have the character onstage. You concentrate on the speech, thoughts, and actions of the character under review, while making sure that he is developing smoothly along his personal arc as the story proceeds.

While writing the first draft you may have been focused on getting the plot working for you. Here, you are able to see gaps in the character’s development that may indicate the need for extra scenes or subplots. For instance, I had a mousy, paranoid character who needed to gain the courage to go up against some tough baddies, even though the odds of her prevailing weren’t that great. She needed adequate opportunity to gather her courage before she got to that point, so that her actions would be believable. That meant she had to be faced with some smaller challenges along the way. A consistency pass for her revealed a few spots where this could happen.

Personally, I use Scrivener, and each scene is a separate document with meta-data, which allows me to select all the POV scenes for a given character with a simple search. I can do a printout of just those scenes and read the character’s arc as one short story.

Whatever your approach, even if it is just physical index cards, it should include the ability to pull out the scenes that make up a given character’s arc with ease as a separate document you can print out for review. Even if the character never has POV, you should still do this pass for them, because they all need to be consistent.

What are your favorite tips and tricks for helping characters gain their narrative voice?